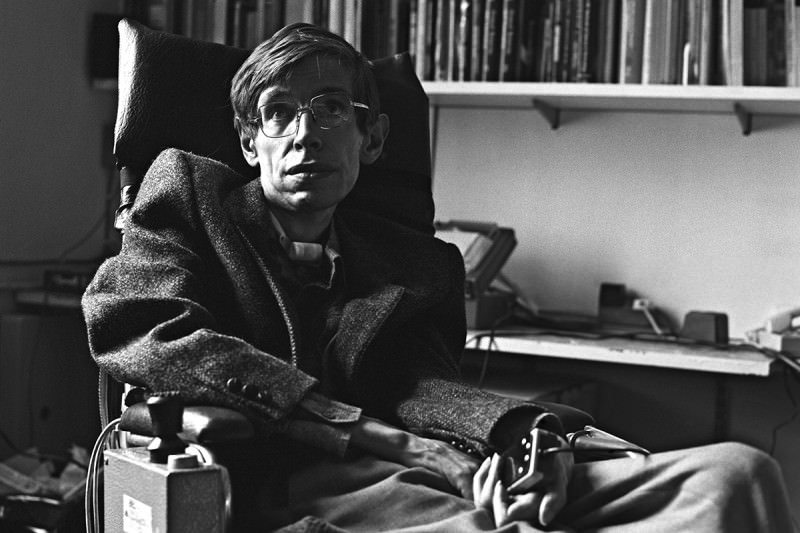 Renowned physicist Stephen Hawking died peacefully on March 14 at age 76 at his home in Cambridge, England.

Hawking will be remembered by many as a cultural force. He was the brilliant thinker who wrote “A Brief History of Time” and played himself on “Star Trek: The Next Generation,” “The Simpsons” and “The Big Bang Theory.”

Hawking published more than 10 popular books, including a series of children’s books, co-written with his daughter, Lucy. He was the subject of more than 15 documentary films and biopics. Once he threw a party for time travelers, which nobody attended. He did it while living with Amyotrophic Lateral Sclerosis (ALS). ALS put him in a wheelchair for much of his life.

Beyond his inspirational biography and pop-culture bona fides, he will also be remembered as the most important physicist of the 20th century.

Hawking’s work on black holes, quantum mechanics and the origins of the universe advanced the theories of previous thinkers like Albert Einstein and Werner Heisenberg, providing the most comprehensive explanation for the behavior of the cosmos to date.

Another example would be a universe that expanded too quickly. If a universe expanded too quickly, it would become almost empty. The universe is expanding in a manner such that life can exist, at least for a certain period of time. Interestingly, the Big Bang has generated the idea that the universe will one day come back to its original shape through a “Big Crunch”. This whole idea of expansion and crunch is articulated in religious books.

Stephen Hawking’s work has influenced millions around the globe and ignited an interest in the minds of many about the origins of the universe. When he was diagnosed with a motor neuron disease at the age of 21, Stephen Hawking was given two years to live but he went on to live to the age of 76. We may have lost his presence but science’s biggest star since Einstein has left behind an unparalleled legacy.

Still, Hawkings most lasting quote may be about the importance of communication itself.
“Mankind’s greatest achievements have come about by talking, and its greatest failures by not talking,” Hawking said. “It doesn’t have to be like this. Our greatest hopes could become reality in the future. With the technology at our disposal, the possibilities are unbounded. All we need to do is make sure we keep talking.”