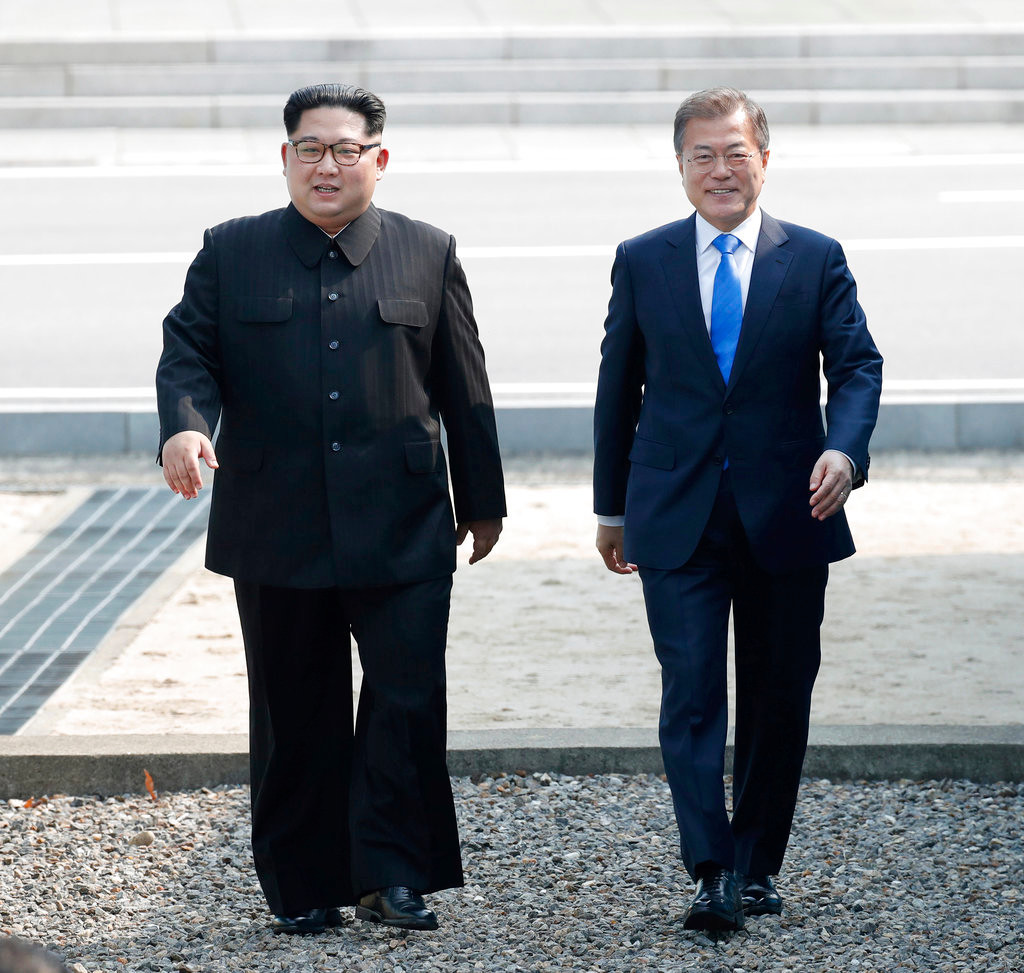 With a single step over a weathered, cracked slab of concrete, North Korean leader Kim Jong Un made history Friday. Jong Un crossed over the world’s most armed border to greet South Korean President Moon Jae-in to talk nuclear weapons. Kim then invited Moon to cross briefly back into the north with him before they returned to the southern side.

This will necessitate talks between the two countries and the U.S. or possibly four-way talks including China, a statement said.

“We’ve confirmed that denuclearizing the Korean Peninsula is our common goal,” Moon said. “There will not be any more war on the peninsula.”

Beyond the choreographed greeting, however, it’s still not clear whether the leaders can make progress in talks on the nuclear issue. North Korea’s nuclear and missile tests last year likely put it on the threshold of becoming a legitimate nuclear power. North Korea claims it has already risen to that level.

“We should value this opportunity so that the scars between the South and North could be healed. The border line isn’t that high; it will eventually be erased if a lot of people pass over it.”

Skepticism On What’s Been Achieved

Conservative South Korean activists were less heartened, setting fire to North Korean flags during a rally against the talks near the summit.

Despite the pair signing a declaration agreeing to denuclearization, there is no real guarantee it will happen. Experts warn that Kim is unlikely to give up the arsenal he has worked so hard to develop.

For all the bonhomie and apparent friendship on display, it is still unclear if anything substantive has been achieved.

“The whole peace process depends on whether Kim will give up his nuclear weapons,” Zhang says. “However, what if he doesn’t?”

One possible outcome Friday could be a proposal for a North Korean freeze of its weapons ahead of later denuclearization.

Seoul and Washington will be pushing for any freeze to be accompanied by rigorous and unfettered outside inspections of the North’s nuclear facilities. Past deals have crumbled because of North Korea’s unwillingness to open up to snooping

Despite the pair signing a declaration agreeing to denuclearization, there is no real guarantee it will happen, with experts warning that Kim is unlikely to give up the arsenal he has worked so hard to develop.