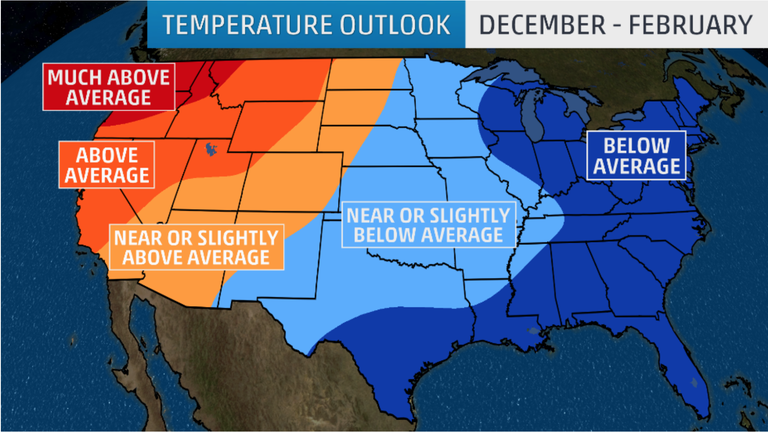 You may have noticed it’s been nearly three years since the U.S. has seen this much snow cover early on in the season. This means, that for some parts of the U.S., we’re in for a frigid season.

If you happen to live in the North, you may want to bundle up. This winter The Weather Channel anticipates a “persistently cold” winter in the North and Easterly regions of the United States. This chilly air is the result of a plunge of the jet stream hovering over the central U.S.. Jet streams act as an invisible director of the weather and are responsible for changes across the globe.

You don’t have to be a weather expert to know that this will bring us the coldest winter we’ve had in a while. The jet streams will result in a pretty chilly winter for the northeastern half of the country. However, those who live in the west will find their temperatures will remain warm. It is predicted that much of the West Coast and the Rockies will be warmer-than-average come the beginning of the new year.

In December, the coolest weather will hit the Northeast and the southern half of Texas, while the Northwest remains above average. For January, the cold air is projected to hit the Gulf Coast and much of the Southeast.

The Coldest Month of the Year

If you’re thinking about a tropical vacation, you might want to book it for February. February is anticipated to be both the coldest and harshest of the winter months. By then, the forecast predicts for much of the Northeast and Great Lakes to have far-below-average temperatures.

It’s important to remember that these predictions are subject to change as meteorologists learn more information over time.