The 18-year-old Florida teen who was charged with impersonating a medical doctor and practicing medicine without a license says he will “pursue” his accusations and open another clinic.

But the self-proclaimed “Dr. Love” may need to take a chill pill first.

Malachi Love-Robinson stormed out in the middle of a Good Morning America interview, because he didn’t like the reporter’s “tone.”

He was interviewed by an ABC reporter overnight before being released Wednesday morning on $21,000 bail.

In the interview, Love-Robinson said he was a doctor, but not an M.D.

“I do currently hold a Ph.D. – in what, I don’t feel comfortable disclosing because that is not the issue here,” he said.

Although there are exceptions, a Ph.D is generally not a medical degree.

“Just because someone has the title doctor in front of their name does not necessarily imply M.D.,” he said. 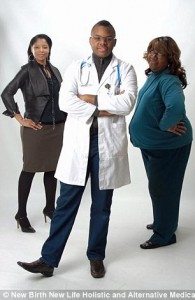 However, “M.D.” is printed on the door to his office in West Palm Beach. Love-Robinson says that was a mistake. There is actually a piece of paper taped over the “M.D.” part, according to a January interview with ABC affiliate WPBF.

When asked by ABC about his qualifications to treat patients, Love-Robinson said he “had shadowed many doctors.”

Police cuffed him in 2015 after he was roaming St. Mary’s Hospital wearing one of its lab coats. According to WPBF, he told police he had been a doctor for years. The hospital placed no charges.

“I have been studying this particular field for a while,” he told ABC.

According to a first-person profile on HealthGrades.com, Love-Robinson is a “professional that treats, and cares for patients” using “air, water, light, heat, earth …”

Florida doesn’t license doctors opposed to medicine, according to CNN.

His services don’t come cheap though.

Love-Robinson was charged with grand larceny for allegedly charging an elderly woman nearly $3,500 for stomach-pain treatment.

Love-Robinson was asked to elaborate on this service.

“Whether she paid me to just show up, that’s up to her,” he said. 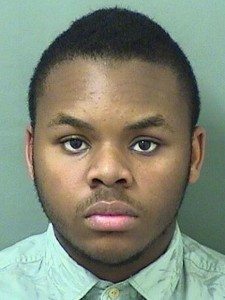 It came after a sting operation by the Palm Beach County Sheriff’s Office and Florida Health Department. According to a sheriff’s office statement, he was arrested after conducting a physical examination on an undercover female agent.

“When he crossed the line and started giving a physical and offering to treat the undercover agent, we were able to issue him a cease-and-desist for the unlicensed practice of medicine,” Health Department Spokesman Brad Dalton told CNN.