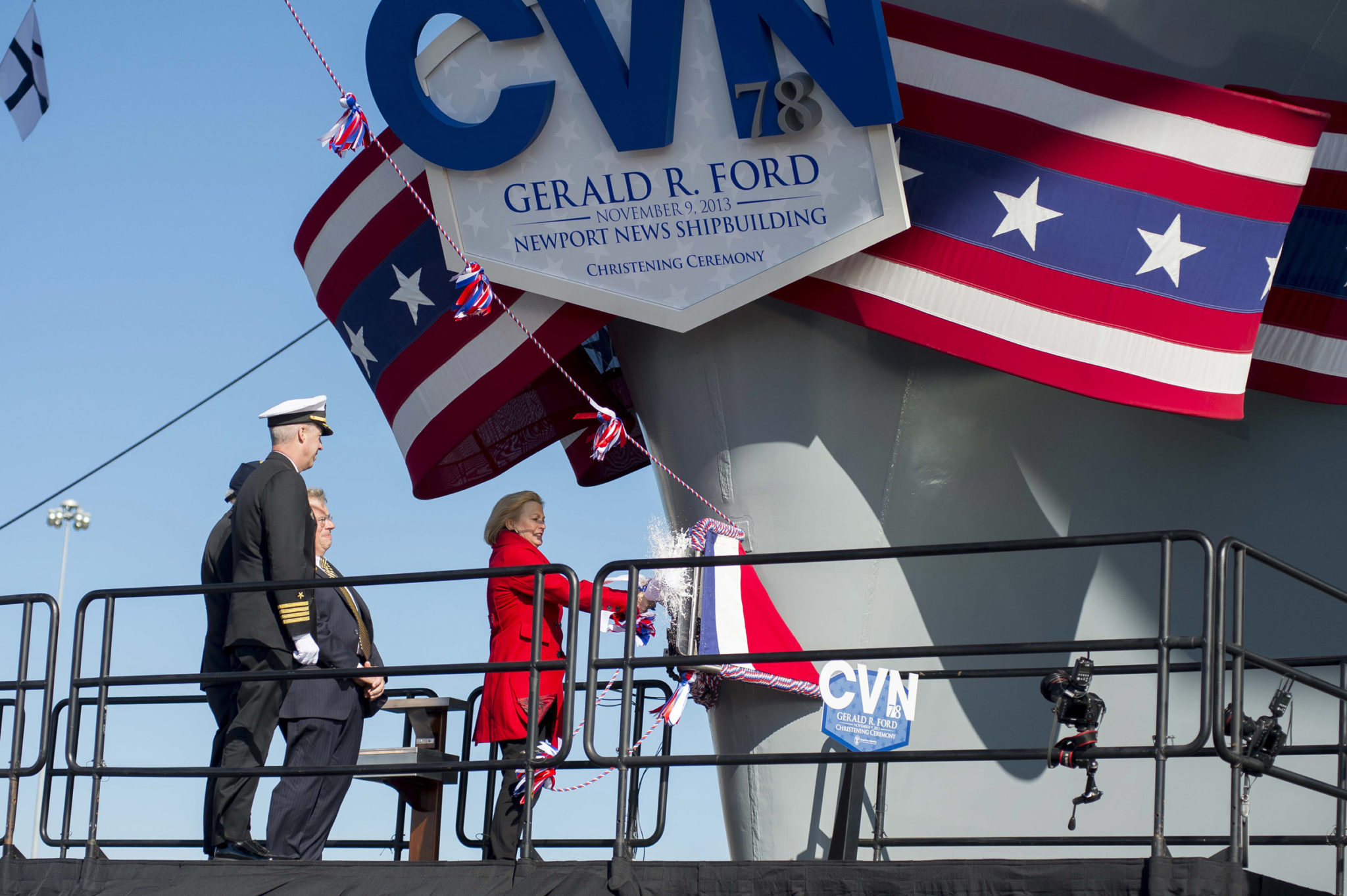 Photo from Society of Sponsors of US.org

The U.S. Navy is months away from unleashing its most expensive aircraft carrier to date. The USS Gerald R. Ford will pry the seas carrying a $13 billion price tag. 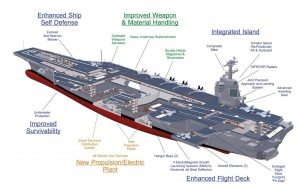 The ship will also be one of the largest among the Navy’s current fleet of 10 aircraft carriers. The 1,092-foot long carrier can hold more than 100,000 tons of American fire power. It can accommodate 40,000 staff and personnel, as well as more than 75 aircraft.

The USS Ford is also capable of generating three times more electricity than the Navy’s current Nimitz-class aircraft carriers. According to Military.com, the ship can generate more than 104 megawatts of electricity.

Nonetheless, some are questioning the Navy’s rationale in pursuing the development of aircraft carriers seen by some as astronomically expensive and outdated technology. Critics also point to adversaries like Russia and China, which are developing long-range missiles capable of destroying aircraft carriers. 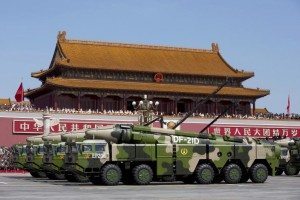 The range of aircraft on these carriers could also reduce the ships’ defenses. The USS Ford will hold aircraft like the new F-35C stealth fighter, which has a range of no more than 650 miles.

Jerry Hendrix, a retired Navy captain who has studied carriers in battle, suggests the U.S. drop the Ford-class project entirely.

“There’s two decisions the Navy should be making right now—get away from the Ford-class design because the ship is too damn expensive and get us back to something that is cheaper, and buy back range, which means purchasing an aircraft that can actually span the missile’s 900-mile distance,” Hendrix told Newsweek.

The solution, however, may lie in developing technology. The massive amounts of power the USS Ford is able to generate would make it capable of supporting state-of-the-art hardware such as laser-powered missile defense systems. 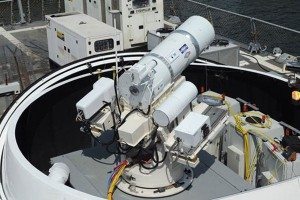 “Lasers need to get up to about 300 kilowatts to start making them effective,” Moore told Military.com “The higher the power you get, the more you can accomplish. I think there will be a combination of lasers and rail guns in the future. I do think at some point, lasers could replace some existing missile systems. Lasers will provide an overall higher rate of annihilation.”

These systems also would reduce the amount of offensive weapons needed, as well as cut the high costs of traditional missile-defense systems.

“There are finite numbers of missiles and finite installations on the carrier,” Manazir told Military.com. “If you can put a directed energy piece on there with its lower cost per round, you can see where you can start to reduce the cost overall and measurably increase the protection of the ship.”

“The aircraft carrier is a wonderful platform for the installation of directed energy — currently for defensive use and, as technology gets more advanced, you can look at offensive laser technology,” Manazir said.

The Navy already has deployed Laser Weapons Systems (LaWS), which are built to strike stationary and moving targets. This technology has favored well in tests. The Navy says it has been used to incinerate UAVs.

The system has been mounted on to the USS Ponce, an amphibious transport dock in the Persian Gulf.

The LaWS is designed to destroy targets at $59-cents per shot, which is far cheaper than the hundreds of thousands or even millions of dollars required to shoot an interceptor missile. 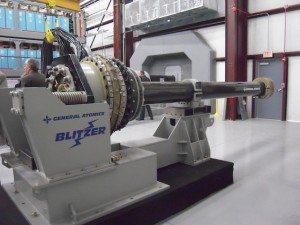 Rail guns may also be mounted onto the USS Ford. These weapons are solely powered via the flow of electrons in its muzzle. They can generate 32 megajoules of power, which is equal to the force of a freight train hitting a wall at 100 miles per hour.

With the amount of energy it generates, a rail gun can fire a projectile up to 100 miles. The Navy plans to use rail guns for missile defense and even ballistic-missile defense, according to Military.com.

The USS Ford would be equipped with new weapon elevators which can take weapons from their magazines to just below the flight deck. This would make it easier to re-arm weapons systems.

“The Navy’s carriers remain relevant in today’s ever-changing world due to their flexibility, adaptability and lethality,” said Commander William Marks in an interview with Newsweek. “The aircraft carrier is still the only maritime force capable of executing the full spectrum of military operations to protect our country.” 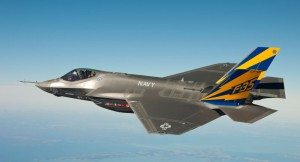 Still, the Navy may need to reconsider the aircraft it’ll be mounting on to the USS Ford series, according to retired Naval officer Brian McGrath.

“The airplanes that currently fly off the aircraft carriers have insufficient range for the threat we will face in the next decade,” McGrath told Newsweek.

But instead of dropping the F-35Cs, he suggests upgrading its engine to give it longer range.

“Do what we’ve done for 70 years, which is to change the weapons system of the aircraft carrier to meet the threat,” McGrath said. 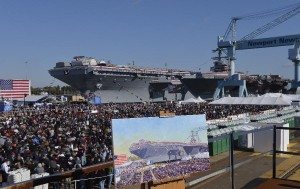 The Pentagon approved the funding for three total Ford-class carriers in its $583 billion fiscal budget for 2017. The second ship in the series would be the USS John F. Kennedy. The ship is under construction and the Navy plans to have it at sea by 2020. 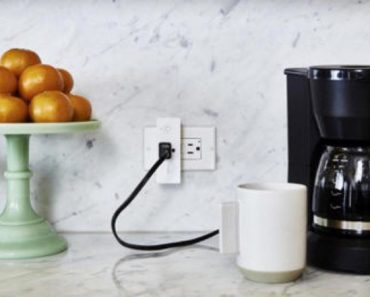 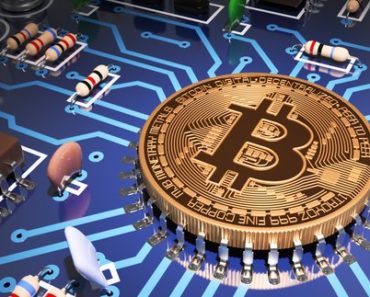