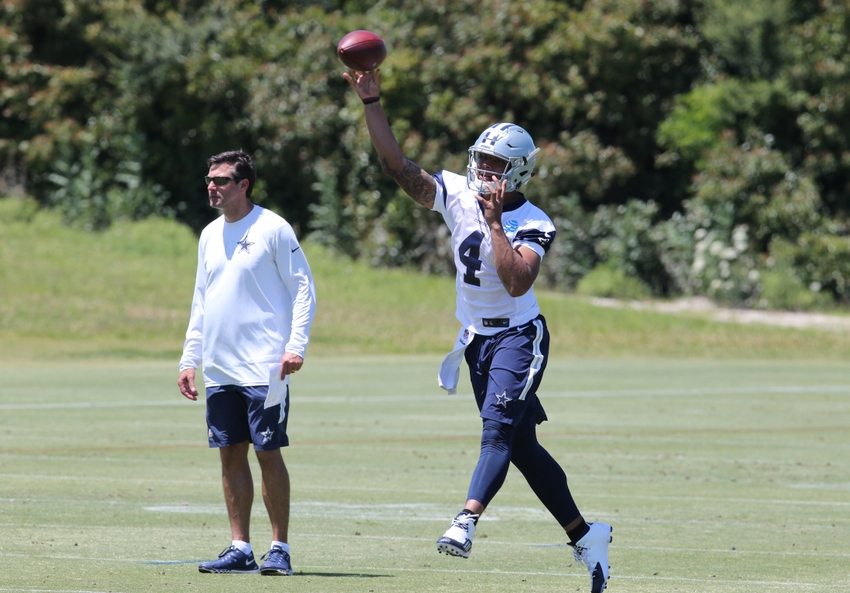 Going into the draft I had Dak graded higher than three prospects that went before his name was called at 135. Unlike a number of scouts, I did not have a high grade on Christen Hackenberg (51). I had him ranked just above Jacoby Brissett (91), and Dak is definitely a far better prospect than Cody Kessler (93) who the Browns certainly reached on. While I gave Connor Cook (100) a better grade, I never felt the player has a high ceiling. Cook at best looks as if he will be a career backup that could struggle if pressed into extended action.

My exact thoughts on Prescott was that he would fall between the top to the middle of the 3rd round, therefore the Cowboys selecting him at the bottom of the 4th came with pretty good value. He is extremely raw when it comes to his mechanics, footwork, and his release – but shows the aptitude and willingness to learn. While I feel he has the potential to be a bottom of tier 2 or top of tier 3 caliber NFL Quarterback, he will need 3 years of work before being completely prepared to see the field.

Pressing him into action early could destroy his confidence and potentially ruin a player that could grow into a productive NFL player.

A Look At Kellen Moore 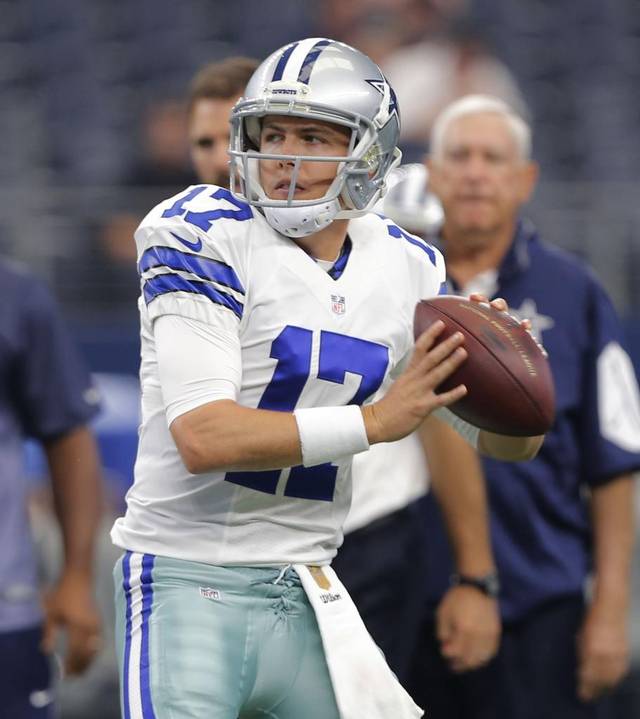 afraid to press the ball down the field and trust his reads. Without question his play was superior to that of Brandon Weeden and Matt Cassel despite his Quarterback Rating. While Moore does not have the optimal size, arm strength, and athletic ability prospects look for at the position, his accuracy and competitive nature plays extremely well.

His decision making will only improve with the more reps he receives as he can fall back on the experience he gained last season. He goes into Training Camp with the advantage of becoming the Cowboys backup Quarterback behind veteran Tony Romo.

Why Moore Over Prescott

Unless something drastic happens there is no way Dak Prescott will outplay Kellen Moore during Training Camp and Preseason – Dak has a lot to work on aside from learning the playbook and becoming familiar with the system. Unless Moore falls a part during camp and his play digresses, he is the best option to play behind Tony Romo. The best realistic goal for Cowboys fans is to hope Prescott looks better in camp than Jameill Showers who is also competing for a roster spot.

There’s also no immediate hurry to rush Dak into regular season action. A number of starting Quarterbacks benefited tremendously from having the opportunity to sit and learn before being pressed into service. It’s in the best interest of the player and franchise to allow the rookie time to mature into the position.

What About Another Veteran 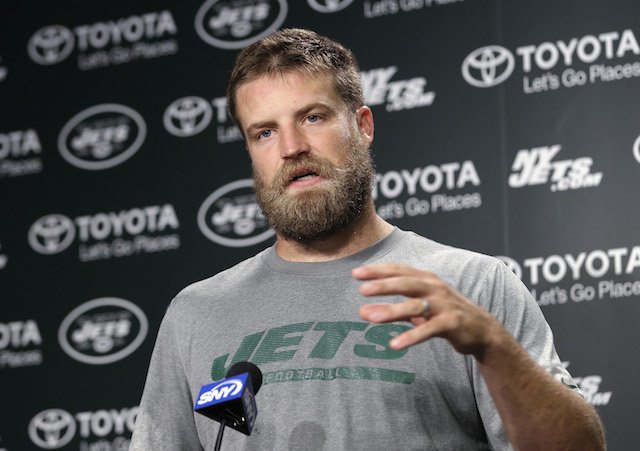 The only name out there is Ryan Fitzpatrick who in all probability will resign with the New York Jets. Fitzpatrick is attempting to use his leverage to strong arm the Jets into paying him above what a middle of tier 3 Quarterback should make, it’s widely believed both sides will eventually come to a deal before Training Camp. Fitzpatrick will have to settle for less money as the team could decide to have an open competition between Gino Smith, Bryce Petty, and Christen Hackenberg who the team selected this season.

The Cowboys are not going to give Fitzpatrick a huge deal to backup Romo, nor should they go that route. Will McClay the architect of the Cowboys roster overestimated Matt Cassel last season and gave up a 2017 5th round draft pick to acquire (Cowboys also received a 2017 7th round pick as well). The idea that just any veteran with experience will produce better than Kellen Moore is a misguided thought process.

A veteran addition would still have to learn the playbook, would have to develop chemistry with the offense, and would be need to be ready to jump into the lineup and guide the team to victory if there is another Romo absence. If there isn’t anyone brought in before the start of Training Camp it would be a mistake to add someone at a later date and hope they can quickly be ready to succeed on the field.

With the landscape as it is, Kellen Moore is the best option behind Tony Romo.