One of the most revered pieces of literature in the world has been discovered on a Scottish island. The copy of first edition of Shakespeare’s plays dates back to 1623.

The copy was found at a stately house on Mt. Stuart on the Isle of Bute.

Various experts have deemed it authentic, calling it a “rare and significant” find. 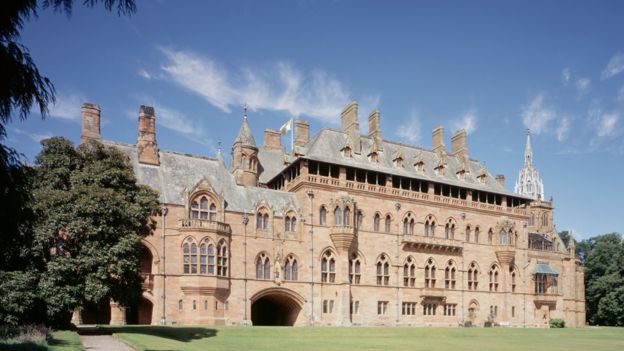 Emma Smith, professor of Shakespeare studies at Oxford University was called upon to examine the book. She claims when she first heard about the news, she didn’t believe it. She says she went to examine the book half sure that it was a hoax.

However upon taking a closer look, the book was found to be authentic. Prof. Smith said she was overjoyed to have “found the First Folio we never knew existed”.

The copy consists of three volumes and comes in goatskin back.

No one knows where the discovered book was hiding after nearly 4 centuries of being printed. The First Folio was printed seven years after Shakespeare’s death. The book’s discovery ahead of Shakespeare’s 400 death anniversary seems befitting.

Shakespeare’s First Folio consists of 36 plays, 18 of which wouldn’t have been recorded if the copy wasn’t printed. It is a massively important book for English literature.

If First Folio were never printed, we would have never known about the following plays; Macbeth, Twelfth Night, Julius Caesar, As You Like It and The Tempest – Some of Shakespeare’s best.

Prof. Smith explained that various identification steps have to be taken, since many fake copies also exist. 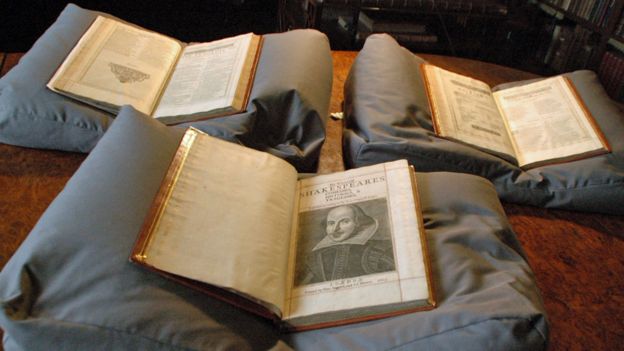 Printer’s marks, quality of paper and misspellings are some common identification techniques. Printing in those days was not perfect, therefore errors are actually good things in identifying a genuine copy. Jacobean printers in the 17th century produced a lot of smudges while printing.

No one knows how many copies of First Folio were originally printed. Some say the number was over a thousand but most historians agree it was 750.

Prof. Smith believes there may be some more copies around, and discovering them would be “lovely and romantic”.

Shakespeare’s genius is to be credited for the widespread of his works. But preservation of a lot of his work should be recognized as smart thinking of the people who had the practical sense to get First Folio printed.