After the demonstrations on Monday in Washington DC which saw Cenk Uyugur of The Young Turks arrested, the peaceful protest continued on Wednesday. Eric Byler of The Young Turks live streamed the event which brought in over 9.4 thousands viewers in 30 minutes on Facebook- reaching 10k viewers in 37 minutes. Mainstream media outlets have continued to ignore the thousands of protesters at the nations capital.

Democratic Presidential candidate Bernie Sanders has been the only candidate in the race to show support for Democracy Spring.

We must overturn Citizens United if we are serious about maintaining the foundations of American democracy. #DemocracySpring

Sanders has been a staunch supporter of peaceful protests throughout his adult life, having protested for Civil Rights while a student at the University of Chicago, joining Verizon workers on picket lines in 2003, and being a strong advocate for getting corporate money out of politics – one of his major platform tenants being overturning the Citizens United Supreme Court ruling.

What Is Democracy Spring 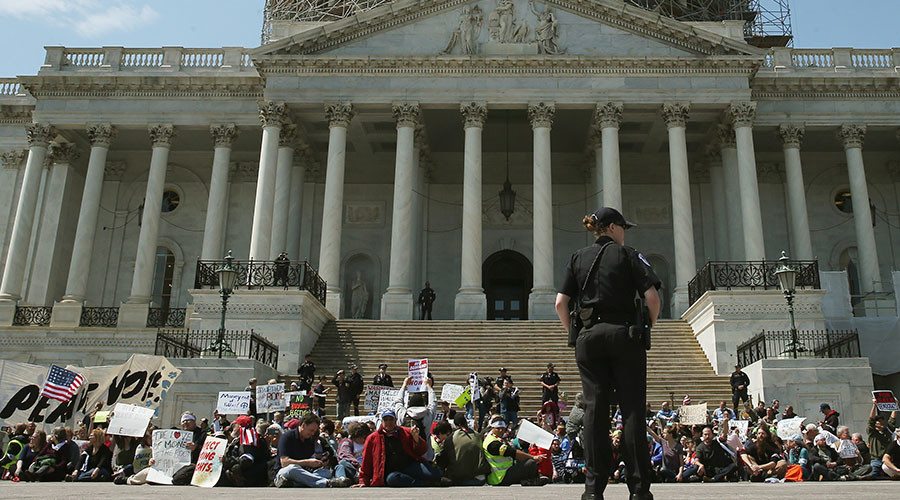 Democracy Spring is a movement that incorporates all of the major Civil Rights movements of this century, ranging from restoring the strength of the Voting Rights Act, putting an end to mass incarceration for non violent offenders, ending police brutality, to getting corporate money out of the political system. Democracy Spring is the largest Civil Rights demonstration of the century and has already seen hundreds of peaceful protesters arrested for failure to disperse.

As of now, the sit-ins at the capital are set to last until April 18th – which could see hundreds of protesters being arrested on each day.

What Could Democracy Spring Achieve

Much like Senator Sanders campaign, Democracy Spring is shining a light on issues that negatively hamper the democracy of the 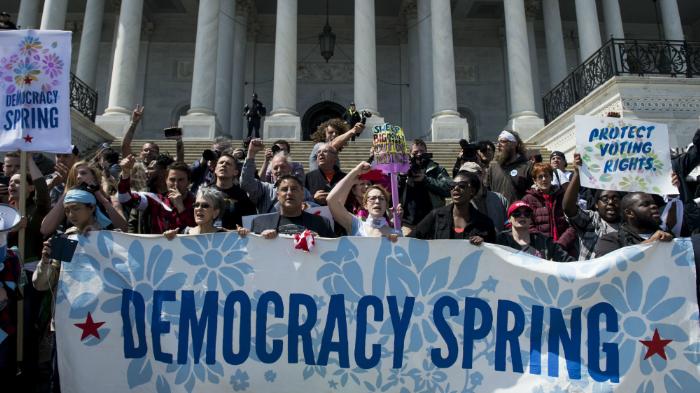 United States of America. While mainstream media outlets have almost completely blacked out the protests, Democracy Spring is attracting a lot of New Media attention through the internet and especially on social media outlets like Facebook and Twitter. With the viral nature of the internet, it is possible that the demonstrations have already reached millions of individuals around the world.

While legislation may take a long time to pass, there is a possibility that the movement can attract the attention of politicians that either see the need for change of fear for their political careers unless they support the change demonstrators are demanding.

Currently protesters are in the middle of being arrested as several New Media outlets are live streaming the protests online, including the ongoing coverage by The Young Turks.