The fact that LeGrier’s actions had forced Officer Rialmo to end LeGrier’s life, and to accidentally take the innocent life of Bettie Jones, has caused, and will continue to cause, Officer Rialmo to suffer extreme emotional trauma. – Text from Chicago Police Officer Robert Rialmo’s lawsuit 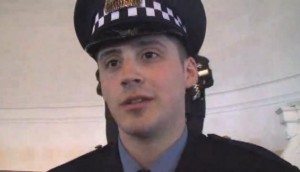 Officer Rialmo’s $10 million lawsuit comes after the families of both victims sued for $100 thousand after the death of their loved ones. The lawsuit comes after a slew of wrongful shooting by the Chicago police department, resulting in millions of taxpayer dollars spent in settlement fees. There is a disturbing pattern in Chicago which has yet to be properly addressed by Mayor Rahm Emanuel.

Antonio LeGrier’s interview on CNN told a chilling story of neglect and a shooting that could have been prevented. Two lives were lost due to Officer Rialmo’s decision to use lethal force, a sentiment echoed by LeGrier’s Attorney. 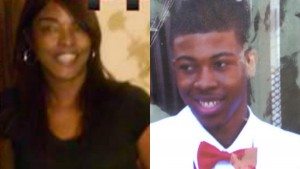 As a result of filing the lawsuit quickly we have gotten well over 40 DVDs of evidence, including police cams and police reports — all things we would not have had if the suit was not filed when it was, it would have taken six months to get some of that evidence. – LeGrier Estate Attorney Bill Fourtis

However, Rialmo paints a completely different portrait of what happened that day:

At this point, when LeGrier had reached the point just before the top step of the front porch to the building at 4710 W. Erie St., Chicago, Illinois, with the baseball bat cocked back over his right shoulder with a two (2) handed grip, approximately three (3) feet above Officer Rialmo and approximately three (3) to four (4) feet from where Officer Rialmo feared that LeGrier would strike him in the head with the baseball bat so hard that it would kill him.

At this point Officer Rialmo reasonably believed that if he did not use deadly force against LeGrier, that LeGrier would kill him, Officer Rialmo drew his handgun from it’s holster, and starting to fire from holster level fired eight (8) rounds at LeGrier from his 9 mm Smith & Wesson handgun, which hold eighteen (18) rounds, in approximately two and a half (2-1/2) seconds. – Text from Chicago Police Officer Robert Rialmo’s lawsuit

Where We Are Now

Currently Rialmo is on 30 days of mandatory paid administrative duties (working at a desk) under a new policy after the LeGrier shooting. He has not been accused of any wrong doing or relieved of any of his police duties.  It was recently discovered that the LeGrier household called the police on three occasions, two of which calls were handled improperly. Those two operators received light sentences and are not that relevant to the case.

Currently everyone is waiting to see where the lawsuit will go. There is no question that there will be an outrage around the nation if the LeGrier family is ever ordered to pay officer Rialmo a dime.