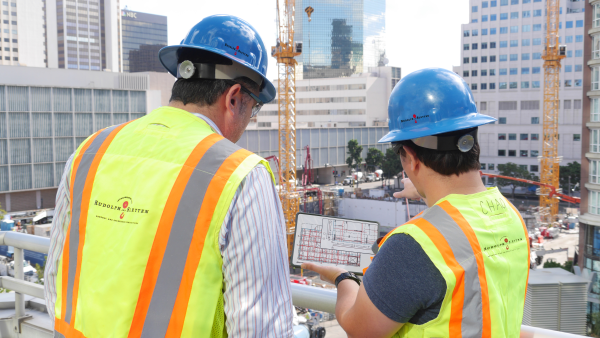 Apple has had its fourth consecutive quarter of growth in iPad sales. This is after 13 consecutive quarters of declining sales stretching back since 2014. We can conclude this increase in sales is thanks to a sound decision to market their iPads more to businesses.

Back in 2014, Apple announced a series of partnerships since then with tech companies like IBM Cisco, Accenture and others. Most of these partnerships focus on bringing iOS apps to enterprises. This could mean using iPhones as much, or more, as iPads. HCA Healthcare crafted a plan to use 100,000 iPhones across their hospital sites within the next three years.

A Love of iPads at Rogers-O’Brien Construction

Rogers-O’Brien is a construction company located in Dallas, TX that recently adopted using iPads in place of paper. The use of iPads is saving the company an estimated $1.8 million a year according to the companies director of Applied Technology, Todd Wynne. “Everyone on the operations staff gets an iPad that comes to work at Rogers O’Brien,” Wynne said. Wynne gave nearly 190 employees who aren’t in the office full-time iPads. That’s more than half the company!

The End of Paper

In a new world of technology, paper is starting to fall second to iPads. At Rogers-O’Brien, Superintendents, project managers, and other field workers use the iPads instead of paper. This also includes using iPads for blueprints, eliminating the need for old-fashioned printed blueprints. Building plans are now stored in the cloud, which ensures that all workers are building off of the most updated versions. So if a change is made in the office by an architect or engineer, that change is immediately reflected in the field via the iPad.

“We call it the ‘One Truth.’ Everyone works off the One Truth,” Wynne says. He estimates each project saves about 7% on costs just from using iPads. The company has been using iPads for about five years. Prior to using iPads, the company was spending $10,000 on average in printing costs on every project.

Not only has eliminating paper helped to save money, but it also has helped save a tremendous amount of time. No longer does an employee have to walk back the trailer and look up the information everytime they need to reference something. This means the iPads have saved the company nearly 55,000 hours of people’s time.

But Why Not Microsoft?

So why did this particular company decide to buy iPads instead of a Microsoft Surfaces? This is because Wynne decided to make the technology switch back before Windows tablets were even a thing. So when the new Windows tablets came into play, Rogers-O’Brien decided to try them in the field.

They found that although the company prefers Windows PCs for the folks that work at corporate desk jobs, the iPad remains the tool of choice for those in the field. This is for one main reason alone, and that reason is battery life.

“We love Microsoft,” Wynne says. “But we are desk-less users in the field. An iPad can last a couple of days versus 8-10 hours [for PC tablets].” On top of that, an iPad with cellular connectivity costs about $300 versus a touch-screen PC with LTE that costs closer to $1,500.

Wynne also says that iPads and cloud computing are “just the beginning.”

The company also owns a handful of drones, assigns one to each project. They use them to take photos of construction sites to do real-time mapping and progress reports. Next on the agenda for this construction company is using AI. Wynne and his team plan to use AI to analyze those photos to track everything from safety compliance to logistics planning.

“It’s crazy to think before we had the iPad we had paper on every job site, and we were walking back to the trailer to answer a question. Now we have on-demand everything,” Wynne said.