SeaWorld finally yielded to the years of picketing, complaining, and just general negative media out-lash they inspired from their corrupt business practices. Who knew animal abuse and the endangerment of human lives was so unpopular? Apparently, SeaWorld didn’t.

SeaWorld recently released a statement promising the Orca Breeding Program was coming to a close. No more orcas will have the misfortune of being born and raised in a confining place or forced to endure hours of tricks every day for an audience. It’s not a perfect fix to the problematic nature of SeaWorld but it’s certainly a good start. After all, the whales already in their possession still have to perform.

But really, why was this all such an issue to begin with? 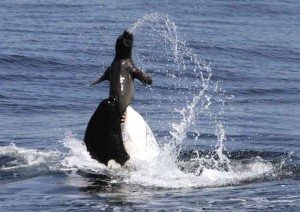 Orcas are wild animals, and taking them out of their wild environment and placing them in one structured by man doesn’t make them any less wild. They aren’t puppies, they’re natural born predators. Giving them a cute name and then starving them until they perform (an actual SeaWorld method of training) is not teaching them to become domesticated — it causes extreme distress in them and makes them volatile. This was a lesson that SeaWorld had to learn the hard way, and they learned it through Tilikum, who truly embodied the name “Killer Whale”.

Tilikum was used in this breeding program and passed on his DNA to roughly 54% of orcas used in captivity today. Originally he was taken from his family as a baby near Iceland. He killed 3 people during his 30 years (and counting) in captivity. All of his victims were trainers, though he did show violent tendencies towards the audience, trying to snap at a few whenever he could — though it was viewed as entertainment and not as a threat since he couldn’t reach them. Oddly enough, he wasn’t acquired by SeaWorld until after he killed the first person, an orca trainer employed by SeaLand, when SeaLand owned him. SeaLand closed shortly after their trainer died, and put Tilikum up for sale, where SeaWorld was more than happy to purchase him and use him for breeding purposes — despite how dangerous he had proven to be. This might’ve been the first clue that SeaWorld had unsavory practices and ethics. 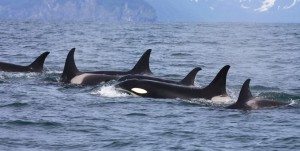 Normally orcas do not attack humans, and in the wild they eat fish, seals, and penguins. But putting them in such a stressful environment makes them revert to their animal nature, and attack out of  distress. Orcas do not naturally live in such confined spaces. In the wild, Orcas travel hundreds of miles a day in pods. In an environment like SeaWorld, they’re enclosed in a swimming space with other orcas they didn’t choose to house with. 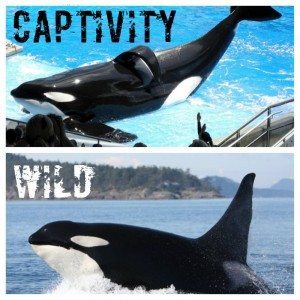 Orcas not only suffer distress which makes them dangerous to the humans around them, but also suffer from very serious wounds to themselves due to their captivity. Orcas in captivity often times wear their teeth completely down gnawing on the cement walls or metal bars within reach. They also often suffer from collapsed dorsal fins. Worst though, if they don’t get along with the orcas they’re house with, they’ll fight, get bullied, or bully the whales they don’t like — suffering scratch marks and gouges from the attacks and fights. 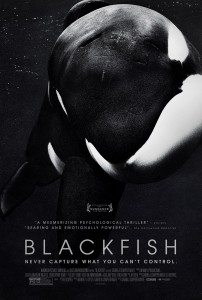 The film Blackfish highlighted all of these points and was largely responsible for spreading the truth about SeaWorld.

The documentary tells the story of Tilikum with exclusive footage of the orca, interviews with the families of the trainers killed, the cruelty of how these animals are treated, and insight into just how little is known about these animals.

It is eye opening experience to watch, and hopefully will inspire the production of similar documentaries that will collectively help shut down the business entirely.

Here’s to hoping that the closing of the orca breeding program is only one step of many in the right direction.