Live coverage of the rally began at approximately the 3 hour mark of the above video. Last night Senator at the Moby Arena in Fort Collins, Colorado in front of a packed and engaged audience. Colorado is a Super Tuesday state that the Senator from Vermont needs to win in order to re-inject momentum back into his campaign. He delivered his speech with a bit more fire than usual, delivering some very powerful messages.

Everybody in this room knows that real change never occurs from the top on down. It always happens from the bottom on up! It’s not about the President signing a bill it’s about millions demanding he or she signs that bill! – Bernie Sanders, 2/28/2016 Fort Collins, Colorado Rally

His themes ranged from racism, income equality, to woman’s suffrage, minimum wage, and even critiqued his opponents Secretary Hillary Clinton’s proposals, drawing a stark contrast with how they differ from his.

I have been criticized for thinking too big – I have been criticized for talking about the need to transform America. I believe that if you start your campaign and you run on a platform calling for a full loaf, at worst you’re going to get a half a loaf. If you start your campaign talking about the need for half a loaf, you’re going to get crumbs! And the American people today do not want – do not need crumbs! They need the whole loaf! – Bernie Sanders, 2/28/2016 Fort Collins, Colorado Rally

…The only way you could do it is to go begging billionaires and Wall Street and  Corporate America and set up a Super PAC. We said the hell with that, we don’t represent these people. – Bernie Sanders, 2/28/2016 Fort Collins, Colorado Rally

Senator Sanders did not stop there, he made a direct call for Secretary Clinton to release transcripts of speeches she gave to Goldman Sachs and other Wall Street corporations. He also directly pointed out that one of her Super PACs recently reported receiving $15 million from Wall Street.

In addition Secretary Clinton has received hundreds of thousands of dollars for speeches – a speech – several speeches – each for two hundred thousand, that she gave to groups like Goldman Sachs. Now if you get paid two hundred twenty five thousand for one speech, it much have been a fantastic speech. So I think Secretary Clinton should share that fantastic speech with the whole country. – Bernie Sanders, 2/28/2016 Fort Collins, Colorado Rally

He finally wrapped the portion of his speech directed at Secretary Clinton by contrasting her vote on the Iraq War compared to his role in the opposition against the war along with his pro Labor stances such as his opposition against North American Free Trade Agreement and currently the Trans-Pacific Partnership.

Will This Help His Campaign 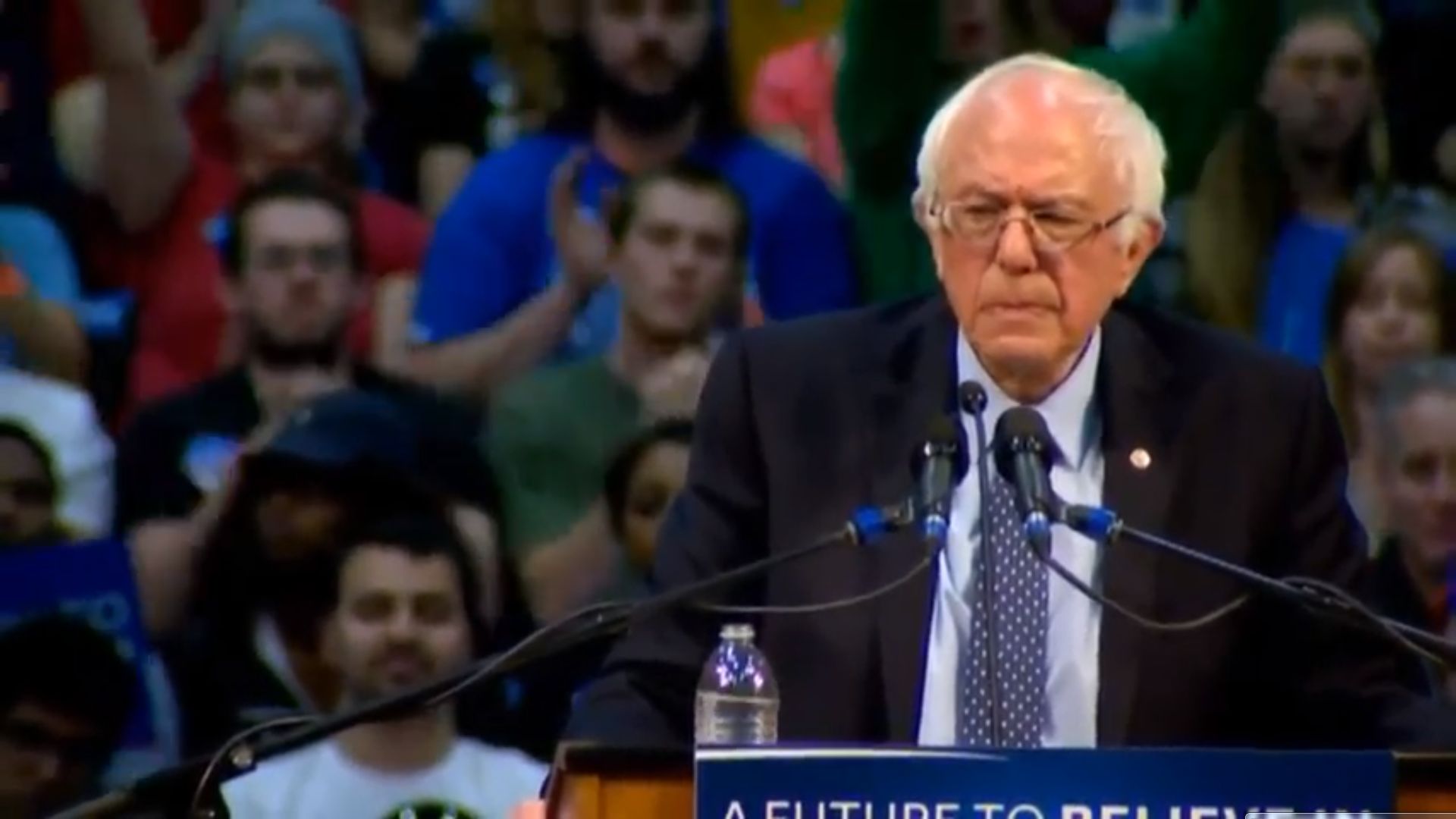 If Sanders is able to survive Super Tuesday the electoral map shifts in his favor if demographic trends continue in his favor. In this stump speech Senator Sanders was able to effectively attack Secretary Clinton without coming off too demeaning towards his opponent.

In upcoming states it will be vital for Senator Sanders to make his case against Secretary Clinton and allow voters to know the contradictions in her record and why he would make a better President than she. The Clinton Campaign will continue to attack him negatively, he will have to be able to refute those attacks and continue to look presidential.