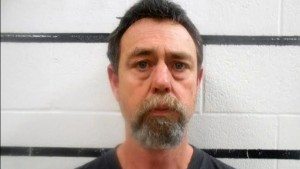 Believe it or not, in the United States Judicial System a father of a four year old sexual abuse victim can be sentenced to a year in jail for swearing. The father of the unnamed victim was upset with how his daughter was treated on the witness stand after his daughter was uncomfortable to look at Martin Stites – who is accused of molesting her. The upset father audibly cursed before storming out of the courtroom pushing the door loudly on his way out.

Several minutes later the father was brought back into court in handcuffs and admitted he swore, which Sheets then sentenced him to six months in jail. After the father swore a second time in disbelief Judge Sheets sentenced him to an additional six months before he was taken out of court. If that was not enough the four year old girl had to resume answering questions about the sexual abuse that occurred when she was only three.

Facts of The Case & Aftermath

What would happen next during the preliminary hearings made an already unsettling situation worse. The four year old victim was not comfortable answering questions in front of her accuser which led to an unpredictable outcome. Shockingly Judge Matthew Sheets decided to drop the three felony sex charges Martin Stites – a retired police officer of 22 years was facing. However, Sheets did charge Stites with one charge of lewd molestation after hearing the testimony of the young victim.

At the time of the alleged incident, Stites was babysitting the young girl. After she was taken to the hospital, where testing proved she had be sexually assaulted, Stites curiously burned the girls

clothing in a presumed attempt to hide evidence. For some reason, the deputy that went to the home to retrieve the young girls clothing and the nurse at the hospital did not testify at the preliminary hearing. Their absence created a situation where the case rested on the testimony of a four year old girl obviously dealing with trauma from the horrific incident. Stites is due back in court on March 11.

A petition calling for Oklahoma Governor Mary Fallin to impeach Judge Sheets was recently launched as citizens outcry over his actions as many feel he misused his authority as a Judge of the United States.