The election has been heating up more than ever recently. Underdogs like Bernie Sanders are climbing the ranks. Sanders supporters are reportedly quite young. His newest supporters are so young, they can’t walk yet. 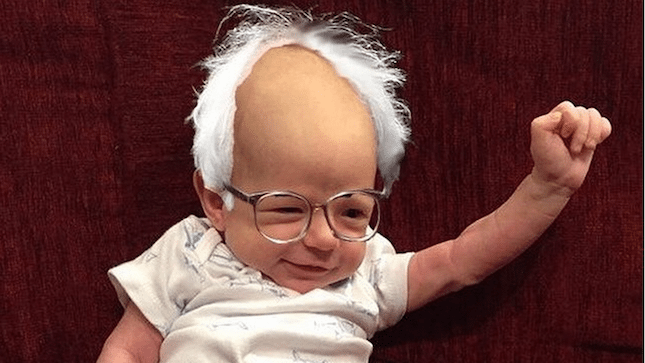 A photo recently surfaced of Sander’s infant new fan. Ashira Siegel dressed up her son Nathan in support of the 2016 Presidential hopeful. She was unable to attend one of his rallies, because she recently gave birth. Siegel took to Instagram to show her support instead.

Her son looks eerily similar to Sanders. After, the post went viral, Siegel saw an opportunity. #Babiesforbernie was born. She created the Facebook page “Babies for Bernie”. She also created a blog dedicated to promoting Sanders as the Democratic nominee.

On her blog, Siegel writes that, “all parents want a better future for their children”. Siegel and fellow parents believe that Bernie is the answer to that better future. They want to use this attention to raise funds for Sanders.

Sander’s campaign recently made headlines for breaking campaign contribution records. He runs on a campaign of social and economic change. Sanders has taken to social media in order to rally supporters like Siegel and fellow parents. 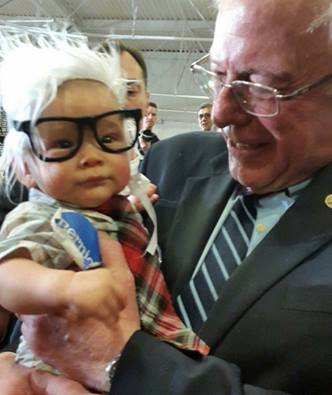 Siegel isn’t the only one dressing up their little one as Bernie Sanders. There are now dozens of adorable babies turning up on social media and campaign events.

At the recent February 16 rally for Bernie Sanders in Las Vegas, one parent dressed her son up in a plaid tie and white wig. Pictures of Sanders holding his little doppelganger have gone viral.

Siegel has made merchandise available on her blog. The clothing depicts her son from her viral photo. The website stipulates that all proceeds will be going directly to Bernie Sanders campaign. Siegel reports that some money will be used for other campaigning efforts.