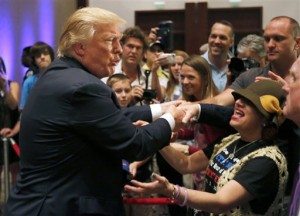 After the Iowa debacle when Business Mogul Donald Trump skipped a debate due to his fear of receiving tough questions from Megyn Kelly; Trump has been able to secure comfortable wins in New Hampshire and South Carolina. Trump was effectively able to defeat Senator Marco Rubio and Senator Ted Cruz by 10% points on Saturday. This is after many pundits felt Trump was going to cost himself the state after blaming George W. Bush for 9/11 during a Republican debate. While his lead did shrink, Trump was able to comfortably defeat his fellow candidates.

Senator Cruz needed to win South Carolina in order to make his case as a viable candidate. South Carolina – much like Iowa- is strongly Evangelical among registered Republicans. If Cruz cannot defeat Trump in the south, it’s clear that he does not have the backing to defeat him anywhere.

Despite his well document sexist statements, Trump was able to win among women gaining 29% of their vote. Senator Rubio came in second securing 23% of the female vote. He also won 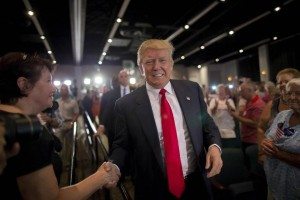 among men defeating Cruz and Rubio by 14% points, taking in 36% of all votes cast by men. Most other demographics went solidly for Trump in what ended up being a rather easy victory for him in South Carolina.

If these numbers hold he will be able to lock up the Republican nomination on Super Tuesday, while Rubio and Cruz may stick around, they will not have a path to victory. Despite being the best candidate to defeat Trump, Ohio Governor John Kasich was unable to gain any traction with the Conservative South Carolina Primary voters.

The Nevada GOP Caucus will take place on February 23rd, where Donald Trump has a comfortable lead. After Nevada is Super Tuesday on March 1st, where Trump could effectively secure the Republican nomination.