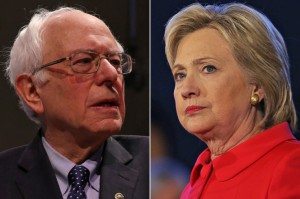 Secretary Hillary Clinton was able to survive the Nevada Caucus with a 52.7% to 47.2% victory over Senator Bernie Sanders. Yet, the victory does present worries for the Clinton campaign going forward. Senator Sanders was able to capture 83% of the 17-29 age bracket and actually defeated the Former Secretary of State among Latinos 53% to 45%. Where Hillary has to be pleased is winning 76% of the African American vote. Even though most experts expect Senator Sanders to cut into those numbers as well.

The race for the Democratic nomination is far from over and if the trends continue, Senator Sanders will continue to gain in polling across the country as more become familiar with his message.

How Did Clinton Win

What I’ve said over and over again, we will do well when young people, when working-class people come out. – Vermont Senator Bernie Sanders, NBC “Meet the Press” 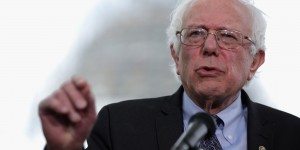 was also able to carry. The Democratic based was energized as they were looking to replace George W. Bush, as opposed to now when the majority of Democrats are quite pleased with sitting President Barrack Obama.

Her support among the African American electorate also helped her campaign get back on track – as far as their image, their message is still a concern. She will have some momentum going into Super Tuesday, but it could be a very disappointing day for the Clinton campaign.

However, this may be the last Caucus victory for Secretary Clinton. Sanders is expected to win in Colorado on March 1st, while the demographics in Minnesota (also on March 1st) are heavily in his favor as well. Alaska, Idaho, Kansas, Maine, Nebraska, Washington, and Wyoming are all Caucus states where he should be able to defeat Hillary if the trends continue.

The South Carolina Primary is on February 27th, immediately followed by Super Tuesday on March 1st. States holding elections on March 1st are (for the Democratic Party) American Samoa,  Alabama, Arkansas, Colorado, Georgia, Massachusetts, Minnesota, Oklahoma, Texas, Vermont and Virginia. March 1st will be a pivotal day for the Democratic Party. Senator Sanders is poised to become the party front runner if he can gain an upset in just a few states.

He has the money needed to compete in the states of his choosing, so this race will only continue to get more interesting.