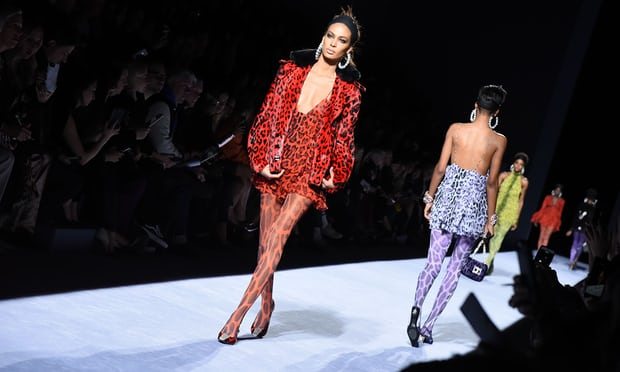 The Bottega Veneta, The most public moment in the fashion industry calendar has arrived. It arrived at a time that the industry is in turmoil. It’s only been about three weeks since Mario Testino and Bruce Weber, two of the most powerful photographers in the American fashion industry, faced multiple allegations of sexual misconduct. They may have denied these allegations. The most debated issues of this week will not be hemlines, but whether an industry facing its own #MeToo moment can retain its dignity in the oversexed and underdressed environment of fashion week.

#MeToo Movement in the Fashion Industry

The recent blackout at the Golden Globes proved that fashion can be used as a lever to engineer change. Many actresses wore black as a statement of feminist solidarity in support of the movement. Last week it was announced that the Baftas, a London Fashion Week event, will be following the same dress code.

Condé Nast International and major brands have cut ties with the named photographers for the foreseeable future. But even with these strides forward, we’re noticing the fashion industry is slow to embrace the collective mood. Edie Campbell described in an open letter to Womenswear Daily the root-and-branch overhaul the industry needs. She went on to say the industry is “too accepting of abuse in all its manifestations” has not been instigated. “The ritual humiliation of models, belittling of assistants, power plays and screaming fits … we have come to see this as part of the job.”

Using the Spotlight to Fight Complacency in the Industry

The Time’s Up Show, created by activist Myriam Chalek, is a catwalk show that doubles as a protest. It features models sharing their experiences of sexual harassment. Chalek told the Daily Beast she chose a fashion show format for the event because “many times [women] get blamed for what happened to them. There is a strong connection between the clothes that somebody is wearing and the blame that society puts on the victims.”

Gabriela Hearst told Vogue her new collection was based on the masculine clothes women wore as they entered the workforce in the second world war. “The #MeToo and #TimesUp movements are addressing something that is so ingrained in our society and is especially vital in its workforce. I don’t know any industry, nation or society that hasn’t been affected by gender inequality or abuse.’

The most-anticipated front row moment will come at Calvin Klein. A name that once embodied American sex appeal has become a lightning rod for liberal, progressive, arthouse leanings. September’s sophomore show, which he dubbed “American horror meets American beauty”, held up a black mirror to the fractious issue of American identity, with reference to Twin Peaks and cowboys, cheerleaders and Andy Warhol.

The Council of Fashion Designers of America has moved to address an issue that has long affronted models’ dignity. For the first time, models will be entitled to private changing areas backstage, a departure from an industry-wide norm in which models are required to change out of their catwalk outfits and into their own clothes in the same backstage area used by designers as a post-event meet-and-greet area and for media interviews. The CFDA has partnered with the advocacy group Model Alliance to provide working models with a respectful and safe working environment.