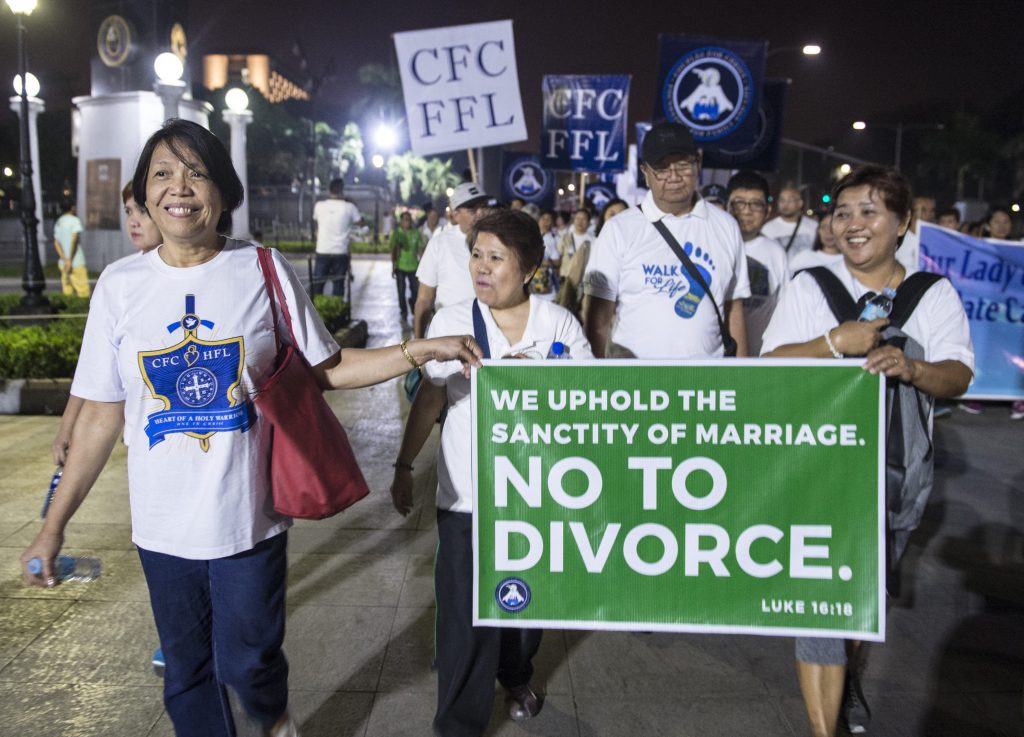 A major push to legalize divorce in the Philippines promises a showdown between the Catholic Church and the progressive wings of parliament and civil society. As one of the world’s most predominantly Roman Catholic countries, Philippines is the only country aside from the Vatican that divorce can not be sought.

But now a new bill on divorce has passed the lower house in the Philippines. Though the prospects of the bill itself are still unclear, it once again exposed the divide that remains on this question in the country.

Under a bill approved by the House of Representatives on Monday, a wide range of reasons, including abandonment, infidelity, and abuse, would become legal grounds for ending a marriage.

The bill would need to be approved in the Senate then go to the president for review. The bill passed despite opposition from President Rodrigo Duterte, who had his own marriage legally annulled.

However, for divorce to become legal the Senate also has to pass a bill in favour, and even then Mr Duterte could still use his veto to strike it down.

The divorce bill comes in the wake of a bitter battle over a reproductive health law recently passed. This law provides modern family planning education and free birth control the poor.

It took more than 13 years to pass into law, which occurred in 2012. It has then languished in appeals for several years, and has yet to be implemented fully. Politicians who supported that measure were vilified by priests or threatened with excommunication.

Currently, the only means to end a marriage legally in the Philippines is annulment.

Such a ruling requires a civil case in which spouses have to undergo mental health tests and testify in court. This all in a bid to have a judge declare a marriage invalid.

Such cases can last up to ten years and are generally expensive. President Duterte won his annulment before he entered office. His spokesperson, Harry Roque, said the president feared the divorce bill would cause problems for the children of divorced couples.

This divorce bill would mean a court ruling could dissolve a marriage if it is deemed “irremediably broken.” This would allow individuals to remarry another person of the opposite sex.

The bill would also give courts the power to decide custody “in accordance with the best interests” of minors. Children under seven could not be separated from their mothers unless there were “compelling reasons” to do so.

Polls suggest a narrow majority in favor of divorce in the Philippines.