While the endorsement of Massachusetts Senator Elizabeth Warren is highly sought after by the Hillary Clinton campaign, it’s not likely to happen. When it comes to the issues, Senator Warren is much closer to Clinton’s rival Senator Bernie Sanders. Honestly, she is nearly identical to Senator Sanders with their matching Progressive ideals. Which makes a suggestion by The Young Turks Host, Cenk Uygur extremely intriguing.

The suggestion came the night of Senator Sander’s 22 point New Hampshire Primary victory. Would this move really make a difference in the polls? All signs point towards, yes. The New Hampshire exit polls give a clear path as to how Bernie Sanders could win the Democratic nomination. Among voters aged between 18-29 (Millennials) Sanders won a remarkable 83% of 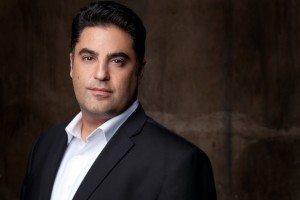 the vote (After winning 84% of the age bracket during the Iowa Caucuses). While he doesn’t have to replicate those numbers during each state election, there’s no indication his overwhelming support among young voters will falter.

Senator Sander’s was able to come within a point of Hillary Clinton among minorities and defeated her 55 to 45 with female voters. Breaking conventional wisdom and announcing Senator Warren as his running mate would be huge with the electorate. Clinton surrogates Feminist Activist Gloria Steinem and former Secretary of State Madeline Albright, recently came under have scrutiny after making condescending remarks to female voters supporting Bernie Sanders.

How Warren Would Alter The Race

And just remember there’s a special place in hell for women that don’t help each other. – Madeline Albright, Former Secretary of State

I don’t mean to over-generalize … but men tend to get more conservative because they gain power as they age, and women get more radical because they lose power as they age. So it’s kind of not fair to measure most women by the standard of most men, because they’re going to get more activist as they get older, and when you’re young, you’re thinking, ‘Where are the boys?’ The boys are with Bernie. – Gloria Steinem, Feminist Activist 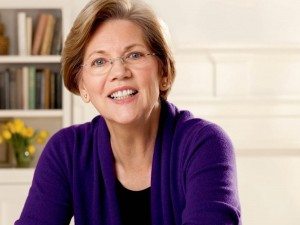 Those comments further damaged Secretary Clinton’s credibility with young female voters. While both Albright and Steinem have gone to apologize, the damage has already been done and will continue to haunt the Clinton campaign. If Sanders wanted and was able to get Senator Warren to agree to be his Vice President she would be able to further create a connection with female voters. Elizabeth Warren just isn’t any female Senator, she is a genuine Progressive whose message resonates strongly with Millenials and is a direct foil to Secretary Clinton; which does matter.

Elizabeth Warren stumping the country for Bernie Sanders, delivering a populist message would give Bernie Sanders an incredible opportunity to secure the nomination, it would also set Warren up to be the most influential Vice President in modern history. If together Sanders and Warren announce their ticket it ripple through the rest of the election cycle.
All that remains is to wonder is if we will indeed see an unprecedented event that could change political history.