The old phrase dog is man’s best friend has been a feature of many textbook stories and quotation sites. Most phrases and sayings are exaggerated fantasies – but not his one. Dog is indeed our best, most loyal and faithful friend.

Here are five heartwarming stories of dogs showing their love and loyalty to humans. 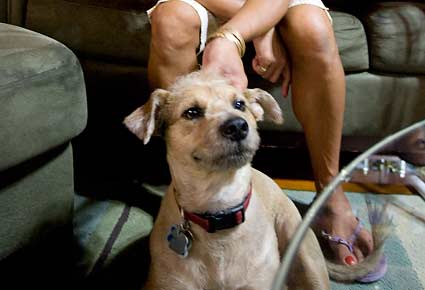 Stacey Savige and Yolanda Sevogia are neighbors and best friend. One fine morning, Stacey brought a terrier to Yolanda’s house. She said she had found him wandering at a local elementary school. The two friends decided to help the lost dog. Yolanda took the dog in as the two prepared fliers and posted ads on Craigslist in a bid to find its owners.

Yolanda’s son Christian was 21 years old and Azaiah was 10 years old. Christian had recently undergone a serious surgery.  Couple of days later, Yolanda came home from work. The dog barked at her crazily, indicating that she should hurry into the house. When she opened the door, the dog RaeLee (Riley) ran to Christian’s room. Yolanda, curious, followed him and found the boy in a serious seizure. As soon as the dog realized Yolanda was taking care of the situation he stopped barking.

It was later revealed that Christian would’ve died of internal bleeding and suffocation If RaeLee hadn’t promptly asked for help.

Few days later Stacey got a call from the dog’s owner named Randy. Stacey, tearful told him what had happened. Next morning he drove to their house to pick up his dog. He found Azaiah crying outside. The overwhelming story of RaeLee saving Christian’s life was enough to convince Randy that the dog belong in this house. He warmly gifted them the dog saying, “He was meant to find you”.

Dog mourns his master a Navy SEAL at his funeral 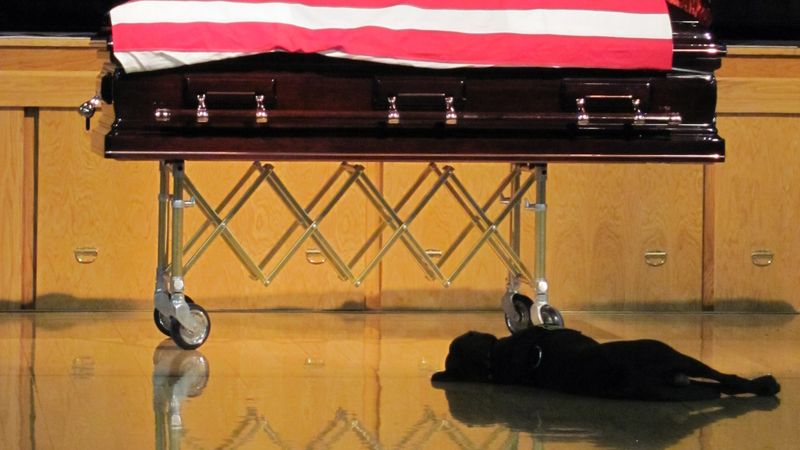 In August 2011, Navy SEAL Jon Tumilson funeral had 1500 attendees. They quickly noticed Jon’s dog Hawkeye was grieving and mourning in front of the SEAL’s casket. He was lying moseyed right next to his master’s casket. It could be seen how deeply he cared for his human companion and also how well he realized the tragedy that had befallen. Hawkeye was a true blue friend – right there till the end.

A US Marine surprises his dog with returning from overseas placement

This is one of the most heartwarming videos you will ever see. Buddy the dog was elated to see his owner when he surprisingly returned home from deployment. We humans often underestimate the emotions of animals, but not after this video.

The relationship between a pet and the owner cannot be too exaggerated, as shown by this story from Argentina. When Miguel Guzman died, his faithful dog Capitan started visiting his grave every day. 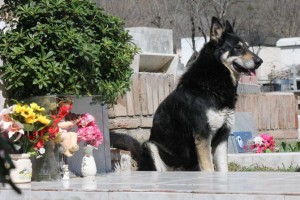 The most astonishing part of the story is that Capitan had never been to cemetery before. Miguel died in hospital and Capitan was not present at the funeral.

Capitan began visiting his master’s grave at 6:00 PM sharp every day. The story of the bond between Miguel and Capitan goes beyond logic and human understanding.

One night Duke woke up his unnamed owners in the middle of the night. He barged into their bedroom and started barking and shaking on the bed. It was a very odd behavior. Then he ran out of the room into their child’s room. Their nine-month old baby had halted breathing. Without Duke’s astonishing measures, the parents would’ve only found out when it was too late. 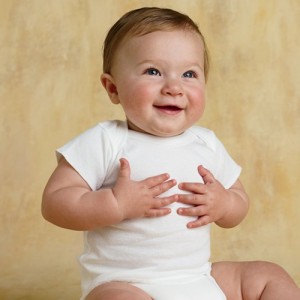 Duke saved the baby’s life – all the while, he was “just an adapted” dog.