How Anderson Got It Wrong 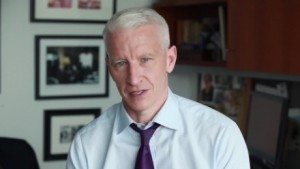 Anderson Cooper of CNN is known for the tough Debate and Town Hall questions that he has asked Democratic Presidential Candidates Secretary Hillary Clinton and  Senator Bernie Sanders, yet at Wednesday’s Republican Town Hall he did not ask nearly the same difficulty of questions. Cooper also refused to correct both Senators Marco Rubio and Ted Cruz on the incorrect statement that a Supreme Court Nominee has not been appointed during the “lame duck” portion of a President’s term (last four years) in 80 years. The truth is Justice Anthony Kennedy was sworn in on February 18, 1988 – which was only 28 years ago.

His lack of journalistic questions led to the mocking #AndersonCooperQuestions to spread through Twitter during the debate. At points it felt as if Cooper was performing an interview for Entertainment Tonight or MTV instead of leading what was supposed to have been an informative Town Hall.

He has asked Senator Sanders on numerous occasions how he would pay for his social programs, but neglected to follow up with Senator Cruz who called for adding thousands and plans to the Air Force, extending the size of the Army, and increasing bombing in the Middle East – proposals that would cost the country billions of dollars. Cruz also mentioned his 10% Flat Tax which would cut government revenue by substantial margins; which should have garnered some sort of follow up from Cooper, at least for the sake of consistency. Cooper even failed to push back against Senator Cruz after he stated the marriage equality ruling by the Supreme Court was unconstitutional and an assault on “religious freedom.”

Cooper’s handling of the Town Hall allowed Ben Carson, Senator Rubio, and Senator Cruz to effectively have a free advertisement for their campaigns instead of having to defend their positions and statements throughout the campaign.

This was one of Doctor Carson’s best performances during the campaign. Despite not going into great detail, he seemed prepared and gave answers that seemed well thought out for the most part. He proposed that the Federal Government should create free nationwide gun safety classes, while mocking “free” college tuition. Of note, Senator Sanders college tuition proposal is not free, yet is paid for by a tax on Wall Street. Doctor Carson also was able to seek higher education thanks to a scholarship. 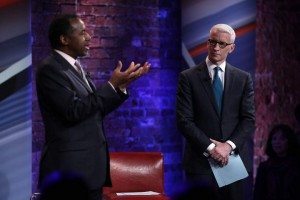 Carson was able to come off as a likable candidate even though it may be too late for his performance to inject life into his dwindling campaign, which could come to an end after the South Carolina Primary on February 20th.

I personally know someone who happens to be a police officer and a young African-American male who told me that he’s been pulled over seven, eight times in the last few years and never gets a ticket. What is he supposed to think? … And here’s the bottom line: Whether you agree with them or not — I happen to have seen this happen — but whether you agree with them or not, if a significant percentage of the American family believes that they are being treated differently than everybody else, we have a problem. – Senator Marco Rubio, Republican Presidential Candidate 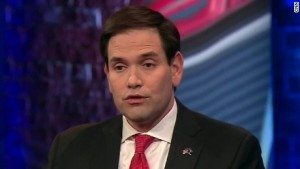 Senator Rubio had a very impressive night, taking full advantage of Anderson Cooper’s lack of substantive questions. He gave by far the best answer any Republican Candidate has thus far on the minority communities feelings of discrimination by police – which has barely came up during Republican debates, however it is unlikely to help his polling position in South Carolina. Rubio did give a few eye raising comments when he spoke upon the economy and the Syrian refugee crisis.

The Senator gave the allusion that regulations on corporations hurt the economy, going as far to say that any new business regulation should be met with an arbitrary elimination of an existing regulation. Which seems completely out of touch with reality as Americans are currently effected by led poisoned water in Flint, Michigan and a natural gas leak in Southern California. He also neglected to provide any evidence that regulations have hurt the Gross Domestic Product of the United States nor evidence that deregulation would improve the lives of middle and lower class Americans.

He also defended his unwillingness to accept Syrian refugees by stating we couldn’t guarantee that not every single refugee was without ties to ISIS. The United States has the most rigid refugee screening process in the world, but there will never be a scenario where a nation could guarantee every member of an ethnic group would be an upstanding citizen. If the United States held that standard for every issue resulting in domestic or foreign terrorism there would be a constant police state.

Rubio did give the most substance of the three candidates at the Town Hall tonight and may have done his campaign some good moving forward in the race. If Senator Rubio places below 3rd place in South Carolina there will be little reason for him to continue his candidacy for the GOP nomination.

If I am elected president we will not be drafting our daughters into combat on the front lines.  – Senator Ted Cruz, Republican Presidential Candidate 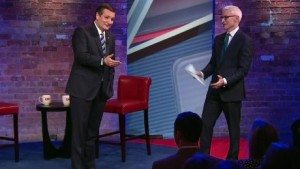 Senator Cruz took a lot of time to slam Donald Trump on a number of issues and mentioned that he had a one point national lead over the Reality TV Star in a recent poll. However, Cruz and the rest of the Republican field are still way behind Trump in South Carolina. As mentioned early, Cruz pushed for a 10% Flat Tax which would bankrupt the economy according to a number of economists, especially when combined with the billions of increased military spending he proposed.

While touting his Pro-Life credentials he also stated that President Obama forces the military to fight with a hand tied behind their back, effectively stating that the United States should ignore the rules of engagement. When combined with Cruz’s rhetoric on Carpet Bombing, he is alluding to ignoring civilian casualties and allow for indiscriminate bombing. A notion that could easily radicalize more than terrorists killed by such attacks.

Cruz also claimed Planned Parenthood does not conduct any useful services, slamming the fact the organization performs abortions. However, studies show that only 3% of Planned Parenthood’s work is performing abortions – which are not funded by taxpayer money.  His commentary and pandering to a religious South Carolina GOP base may help him within the Primary, but it’s yet unclear as to whether it will help him unseat Donald Trump as the Republican front runner.