For the longest time, parents had been complaining they can’t get their children off of their phones and out of the house. That was until last month when The Pokemon Company launched its Augmented Reality game, Pokemon Go. Well, kids are still glued to their phones, alright, but they now spend more time outdoors than they did since they got their hands on their own smart phone. It is common to see groups of kids, teens, and adults congregate at Poke Stops, running wildly after intangible animated monsters, or at battle gyms putting their Pokemons to a test.

In the week of its release, Pokemon Go managed to surpass the popularity of Twitter, one of the top 15 most widely used mobile apps of all time – with more than 65 million signups in America, New Zealand, and Australia. And with the recent release in UK and Asia, the numbers are predicted to reach phenomenal heights.

What can be credited for Pokemon Go’s unprecedented success? Augmented Reality gaming is definitely the biggest factor. That, plus nostalgia – specifically for the children of the 90’s – makes a perfect, winning combination. Here are 21 Tweets that prove Pokemon Go has taken over the world:

1. Catching something extremely rare, only to realize you can’t register it to your Pokedex 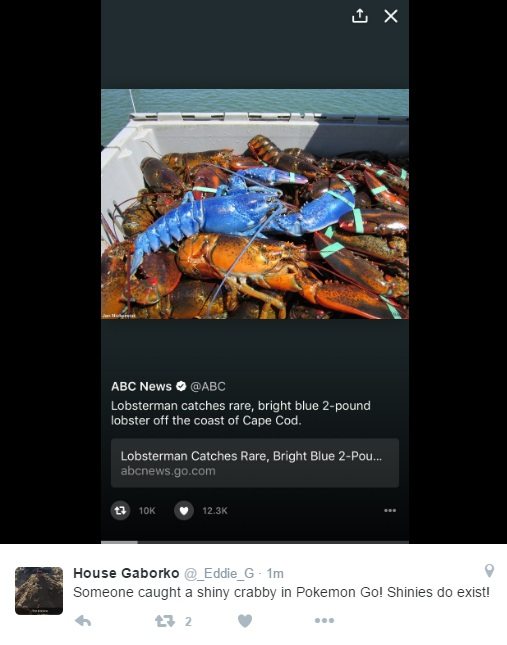