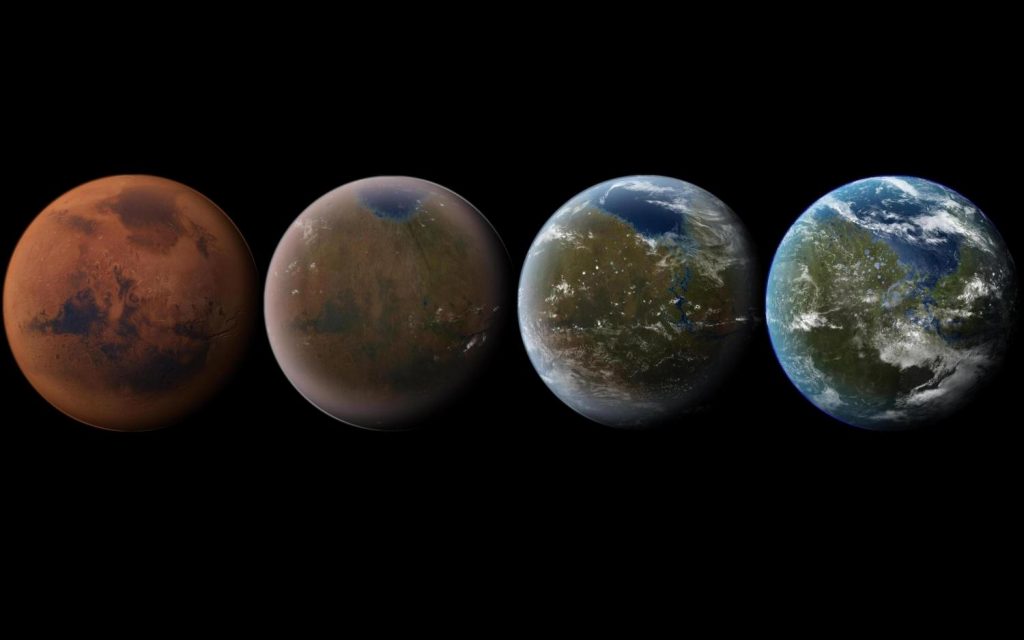 Elon Musk, NASA, and Boeing are all looking towards the red planet, with heady predictions of missions during the 2020s. But at what cost? And could we even survive any long-term colonization on Mars? Given here on Earth it’s important to ask whether we should be better tasked with looking after this planet that can harbor life.

Dreams of A Multi-Planet Species

Donald Trump wants to send humans to the Moon and Mars while he is still President. He thinks it would be a really “cool” thing to happen while he is in office and has urged NASA to speed up their timetables.

But Trump doesn’t know the half of what he is requesting. There is nothing cool about going to the Moon and Mars. It is more about sending people into a deep freeze even more perilous than Antarctica.

Before his passing Stephen Hawking had a similar opinion. Recently he announced that our species must find a new planet to inhabit or face our potential extinction. The deadline, 100 years. Feeding into this Mars or bust mindset is not something one normally associates with Professor Hawking.

But it certainly is Elon Musk’s mantra. Musk sees humanity at risk if we remain bound to Earth. He founded SpaceX in 2002 to make us a multi-planetary species.

Antarctica, however, shows us that the Moon and Mars are no easy answer. Katharine Hayhoe, Director of the Climate Science Center, Texas Tech University, states, “Mars is not an escape hatch for planet Earth. If we do not take action to reduce and eventually eliminate our carbon emissions they will overwhelm human civilization as we know it. This will happen long before Mars is ready to be colonized by large numbers of people.”

At present, there is no evidence of a livable atmosphere under which plants or other organisms would survive on Mars.
Its thin atmosphere is less than 1% of Earth’s, consisting of 96% carbon dioxide, 1.9% nitrogen, 1.9% argon and trace amounts of oxygen and carbon monoxide. It provides little protection from the Sun’s radiation, nor does it allow retention of heat at the surface.

There is no lack of warnings regarding the colonization of Mars.

If a colony was established it would take continuous efforts and major expense to keep it supplied, including likely rescue missions. Furthermore, the long-term isolation of the colonists may take its toll.
In 2013, the Mars One project announced that it was looking to recruit four people to send on a mission to colonize Mars. Chris Chambers, a professor of cognitive neuroscience at Cardiff University, warned of the psychological risks the colonists would face.

When President Trump announced that the United States was no longer to participate in the global cause of reducing greenhouse gas emissions, I’m wondering if he thought that there will always be Mars.

Well, there won’t. We are here for the duration. Earth will remain our primary home for the foreseeable future and learning collectively to live on it sustainably should be the goal of every one of us. For humanity, Mars and the Moon are and will remain interesting places to visit and explore, just like we do today in Antarctica.