History is full of great people, and it is also full of not-so-great people. But not many people (of not-so-great quality) can claim to be in the same league as Adolf Hitler – The German dictator who single handedly destroyed world peace and almost eliminated an entire race of people.

Hitler was the leader of Nazi Germany from 1934 to 1945, until his death. Have you ever wondered who started World War II? – Yes, it was Adolf Hitler (and who else could it be!). Hitler’s cruel and fascist policies resulted in deaths of millions of people. 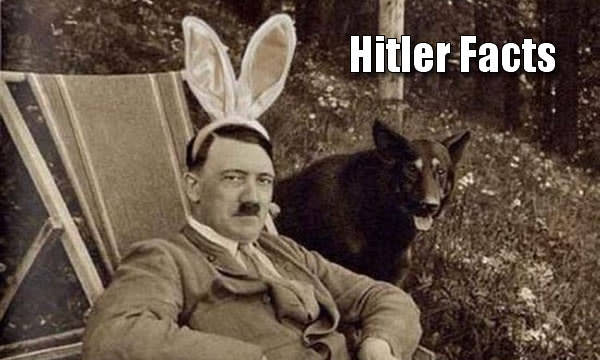 However (and I cannot believe I am saying this), Hitler wasn’t all bad. He did do some good things as well. These good things however, are a small drop in the ocean of his reign of terror. And just for the sake of learning-something-new-everyday, we’ll shine light on the good things this man has done. But first, just incase you forgot:

Hitler rose to power via a political-military surge. He was the leader of National Socialist German Workers Party, also known as the Nazi Party. He contested elections twice and his party came in second both times. In order to maintain political stability, Paul von Hindenburg, decided to appoint Hitler as a chancellor.

Hitler used the great depression to his favor and having the support of various political and military elite, he uprooted the German government system. In 1933, Nazi Party was the only legal party in Germany.

Now, enough of the history lessons, let’s move on to good stuff. Here are 15 Hitler facts that you didn’t know.

15. Hitler wanted to be a priest when he was a child

Adolf Hitler was born in Austria on April 20th, 1889. His parents were Alios and Klara Polzi (why “Hitler” isn’t the family name is another interesting fact on the list). Hitler was the fourth of six children. Hitler was three years old, his family moved to Passau, Germany – that is why his accent was lower Bavarian dialect rather than Austrian-German. 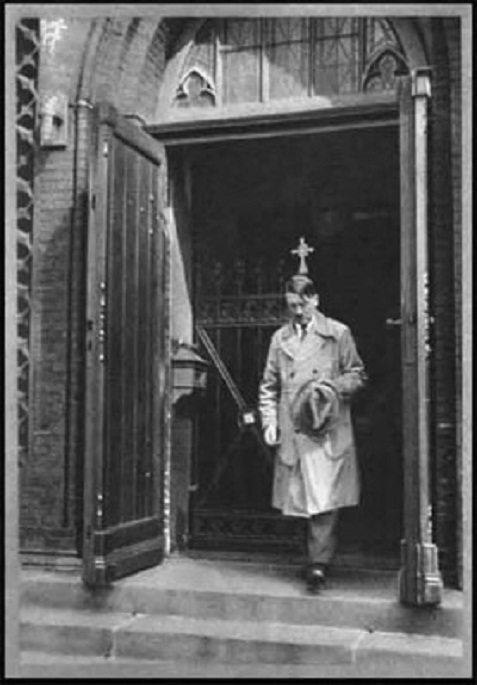 Hitler outside a Church (PHOTO: Alamoministries)

In 1894, his family returned to Austria. Hitler’s father Alois became a farmer and Hitler started primary school. His school was a discipline-motivated institution. Hitler didn’t like it at all (the irony!) and he expressed a desire to become a priest. It is said that initially his father agreed but later on convinced Hitler to focus on his education whilst becoming a part time farmer, since that was the family trade.

Hitler would’ve made a good priest, no? 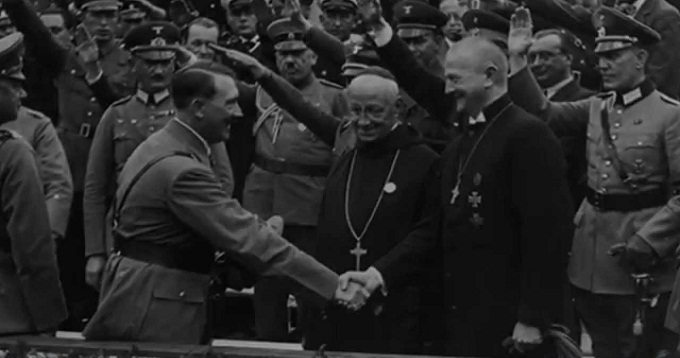