Pope Francis is determined to open the Catholic Church doors for everyone. On Friday, he called for the Catholics to create tolerance and acceptance for homosexual people, without changing any doctrine. 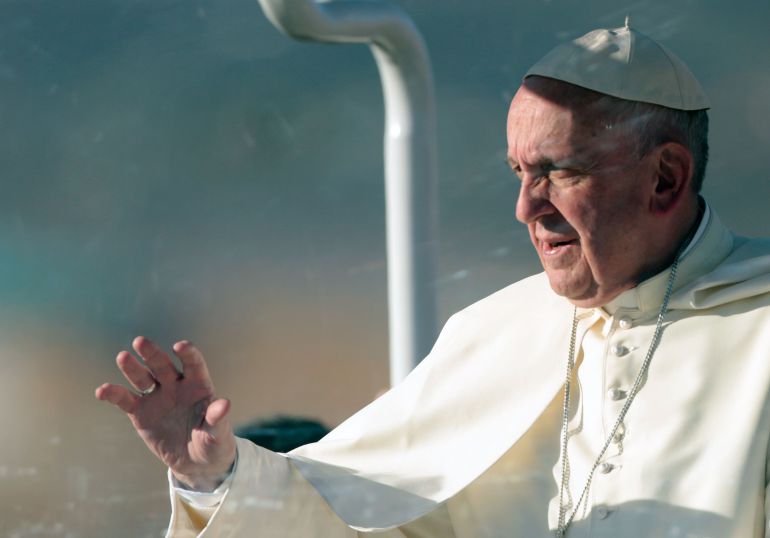 The statement comes two weeks after he washed feet of Muslim immigrants, spreading peace and harmony. The statement was written in a paper by Pope called “On Love in the Family” or “Amoris Laetitia” in Latin.

The Pope wrote that priests should be more open minded and accepting towards homosexuals and divorced people. He also urged Catholics to be helpful to families living in “non-traditional” circumstances.

He further writes that he wants a priest to think and use common sense rather than practicing rules blindly and judging people harshly.

Francis continued, “A pastor cannot feel that it is enough simply to apply moral laws … as if they were stones to throw at people’s lives. By thinking that everything is black and white, we sometimes close off the way of grace and growth.”

Jesus is all about love

These conferences where Pope meets Catholic leaders is called “Synod”.

The paper unsurprisingly has pleased both liberals and conservatives;

Pope writes, “I understand those who prefer a more rigorous pastoral care which leaves no room for confusion. But I sincerely believe that Jesus wants a Church attentive to the goodness which the Holy Spirit sows in the midst of human weakness.” 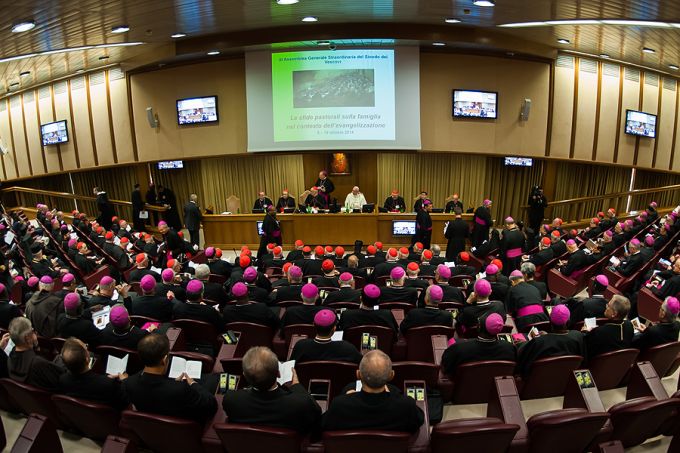 Session of the Extraordinary Assembly of the Synod of Bishops. (PHOTO: Mazur/catholicnews.org.uk)

A Pope for all?

For people who have been following Francis since he became Pope three years ago, say they are not surprised by Pope’s “open mindedness”.

Recently when Supreme Court of US legalized gay marriages, Francis was asked about it on TV. He calmly replied “who am I to judge?”

The paper is a step further than that. It is not a TV interview. It is an “apostolic exhortation”, meaning it is now an official document that is a part of a Catholic lifestyle.

However, the Pope did not change any Catholic doctrine on homosexuality. He still writes of the union between a man and woman as the “purest and above all unions”.

The overall message of the Pope clearly reads: more tolerance and less judgment.