The North Face has just launched its first-ever campaign focusing on women. This campaign focuses on celebrating the achievements of female explorers around the world.

Move Mountains is a new initiative by this outdoor brand that aims to empower the next generation of explorers. The campaign is highlighting the stories of courageous and adventurous women. The North Face has also partnered with the Girl Scouts of the USA on a multi-year outdoor adventure collaboration.

The campaign features a series of short videos telling the stories of trailblazing women. It features women like alpinist Hilaree Nelson, climbers Ashima Shiraishi and Margo Hayes, and ultrarunner and activist Fernanda Maciel. The North Face isn’t just focusing on women in fitness. They’re also featuring women who are paving the way in their respective fields. Some of these women include NASA scientist Tierra Guinn Fletcher, musician and activist Madame Gandhi and women’s rights advocate, America Ferrera.

According to the global vice president of marketing at The North Face, Tom Herbst, the theory behind the campaign was simple. If women and girls saw female explorers represented more widely, it would create a new generation of female role models.

The North Face has made a commitment to represent women equally in all advertising, social media and content moving forward.

The initiative is also being applied to the internal business. There’s been an increased investment in women’s product design, a renewed focus on employee development and an ensured closure of the gender pay gap on the athlete team. The brand will also be expanding Explore Fund grants to $750,000 with a new program focused on enabling female exploration.

Inspiring a new generation of explorers is a cornerstone of the campaign and The North Face is collaborating with Girl Scouts of the USA to enable women to further push the boundaries. The collaboration includes the creation of 12 new Girl Scouts outdoor adventure badges, with skills ranging from mountaineering, backpacking, hiking and trail running. 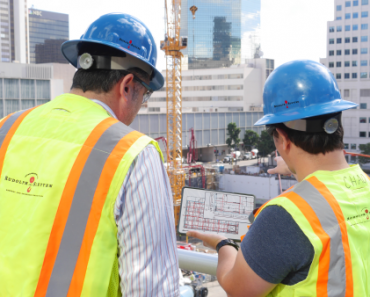